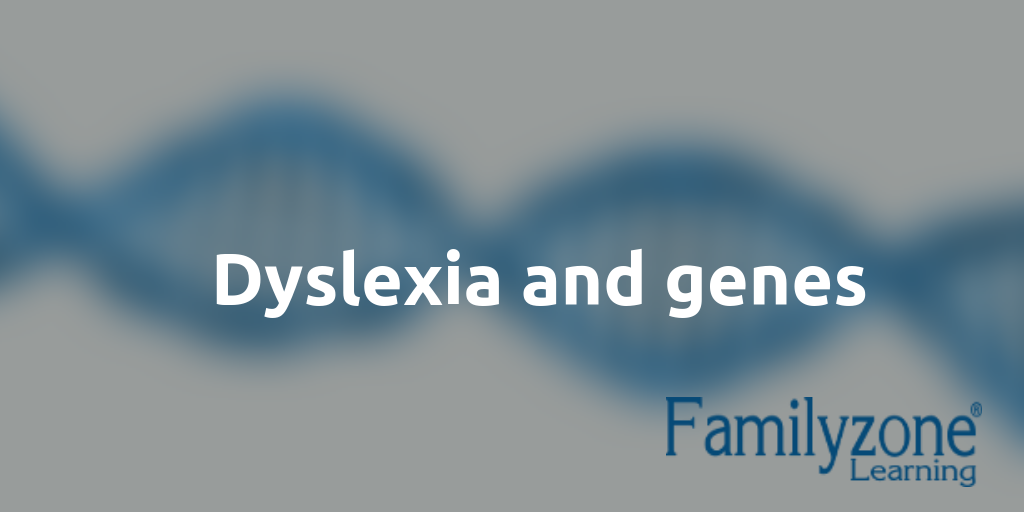 When talking with parents we often hear how they blame genetics for their child’s dyslexia. “Dyslexia is in my genes and now it has spread to my son”. “My husband should be blamed”. “We think my grandfather was dyslexic it must have skipped a generation”. What is the truth about dyslexia and genetics and what does researchers say. Before we get into the real interesting questions a quick primer on genetics.

Genetics is the study of genes and how they change from one generation to another. Each cell in our body has something called DNA.

DNA is the molecule that carries genetic information. Think of DNA as containing a full map of all your physical characteristics. This map is in the form of the double helix. DNA consists of both chromosomes and genes. 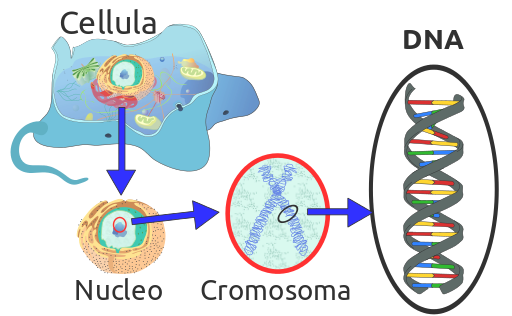 The spaghetti like structures called chromosomes contains your genes. Genes are the builders in the body, using the plan provided by the DNA, they build new proteins. From proteins created by the genes every cell in your body is constructed. Kidshealth explains: “Bones and teeth, hair and earlobes, muscles and blood, are all made up of proteins. Those proteins help our bodies grow, work properly, and stay healthy. Scientists today estimate that each gene in the body may make as many as 10 different proteins. That’s more than 300,000 proteins!”

Genes come in pairs. To build a gene you will receive one from your father and another from your mother. It is these genes from your parents that will decide many of your characteristics.

For example if your mother has one gene for brown eye color and one for blue eye color, and she passed the blue eye gene on to you. And if your father has two genes for Blue eyes, that could explain your blue eyes. You ended up with two genes for blue eyes, one from each parent. If eye color is determined by genes one could assume the same is true for dyslexia. For that reason no single parent can be blamed for “giving” their child dyslexia. It was one gene contributed from both sides.

Things do get somewhat less clear cut with the influence of genes on dyslexia. Research on this has been ongoing since 1979. With the first studies suggesting that dyslexia will develop before the first six month of initial brain development.

Dyslexia gene in the family

For a long time researchers have been observing the fact that dyslexia seems to cluster or repeat in certain families. Different studies on the occurrence of dyslexia in families have concluded that the risk to a child if the parent is dyslexic to be between 40 and 43 percent.

Researchers have identified and named specific genes responsible for language processing, dyslexia and other learning problems. They are also in the process of discovering new genes. But research is still a long way off in developing some kind of very early genetic dyslexia test.

Although getting most of the news attention it would seem dyslexia is not the only learning disorder to be affected by genes. Attention deficit hyperactivity disorder (ADHD), specific language impairment, speech-sound disorder, dyspraxia and dyscalculia are all affected. It is also emerging that there may be a relationship between the different learning disorders and genes. In the words Williams and O’Donovan “there is growing evidence of complex relationships in which a number of genes may affect susceptibility to more than one of these disorders”.

It is also believed that different genes combine with the general environment to influence the development of dyslexia. The distribution between genes and environment varies among studies. This means that genes are not the only reason that will influence development of dyslexia. Research shows as much as 50% of reading skills or the lack thereof can be because of environmental factors. The other 50% is inherited through genetics. Other studies put the number as high as 75 % for dyslexia developing being because of genes with environmental factors contributing the rest.

What is best for your child

Does it matter where the dyslexia originated? We don’t think so. Playing the blame game or blaming yourself will do nothing to better the situation. The best thing to do is to start education yourself about dyslexia. With knowledge you have the ability to make the best decision for your child.